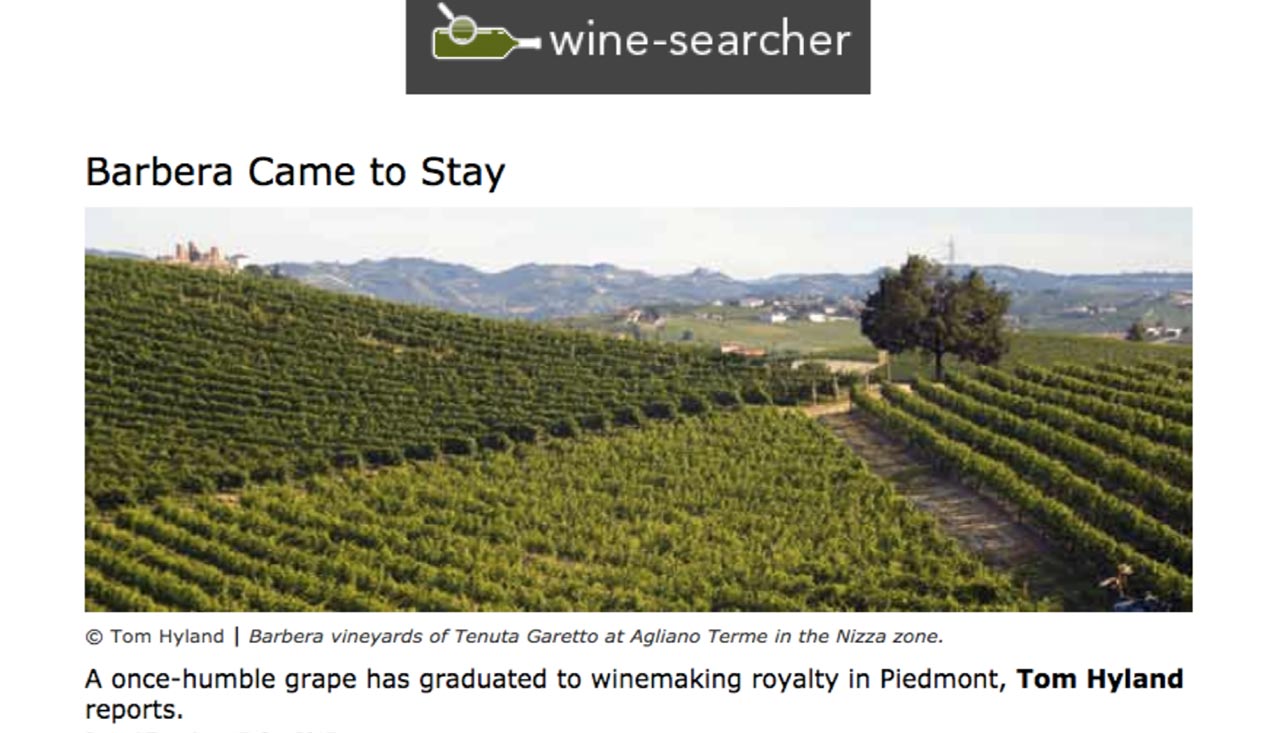 While several individuals helped change the style of Barbera, most locals believe it was the late Giacomo Bologna, a larger-than-life individual from the small town of Rocchetta Tanaro, a few miles southeast of the city of Asti, that was the true innovator.

Today, Bologna’s daughter Raffaella, along with her brother Giuseppe, manage her father’s winery, known as Braida, and produces several styles of Barbera, from the charming La Monella, a slightly sparkling (frizzante) wine long popular in the area, all the way up to the celebrated single-vineyard offerings, Bricco dell’Uccellone and Bricco della Bigotta.

Bologna, who refers to her father as “the ambassador of the transition,” fondly recalls when he first made strides for change in the late 1970s.

“My father devoted himself to travel to wine regions around the world, while always looking to improve Barbera production”.

The elder Bologna started experimentation with one vineyard, combining short prunings with cluster thinning during the vegetative cycle to assure greater concentration in the fruit. He also harvested several days later than usual, to bring about riper fruit and slightly lower acidity.

This was the Bricco dell’Uccellone vineyard in Rocchetta Tanaro, with medium-heavy soils of sand and clay.

Bologna combined his work in the vineyard with a new philosophy for Barbera in the cellar, namely using barriques for aging, instead of the large oak casks that had been commonplace with this variety for decades.

“Giacomo thought that in the small barrels, the oak would surrender sweet tannins, while the lower acidity would combine to bring a greater equilibrium to the wine,” recalls Raffaella Bologna.

Giacomo waited until a great vintage came along for the initial commercial release; that was the 1982, which was released in 1984.
The wine was met with immediate reaction that was mostly positive; Bricco dell’Uccellone undoubtedly changed many individuals’ thoughts about the possibilities of Barbera.
Another single vineyard Barbera from Bologna, Bricco della Bigotta was introduced a few years afterwards, and later still the Ai Suma, a Barbera made from very late harvest grapes that pushed the envelope on varietal ripeness, became part of the Braida portfolio.