Braida’s 2015: a year of celebratory toasts 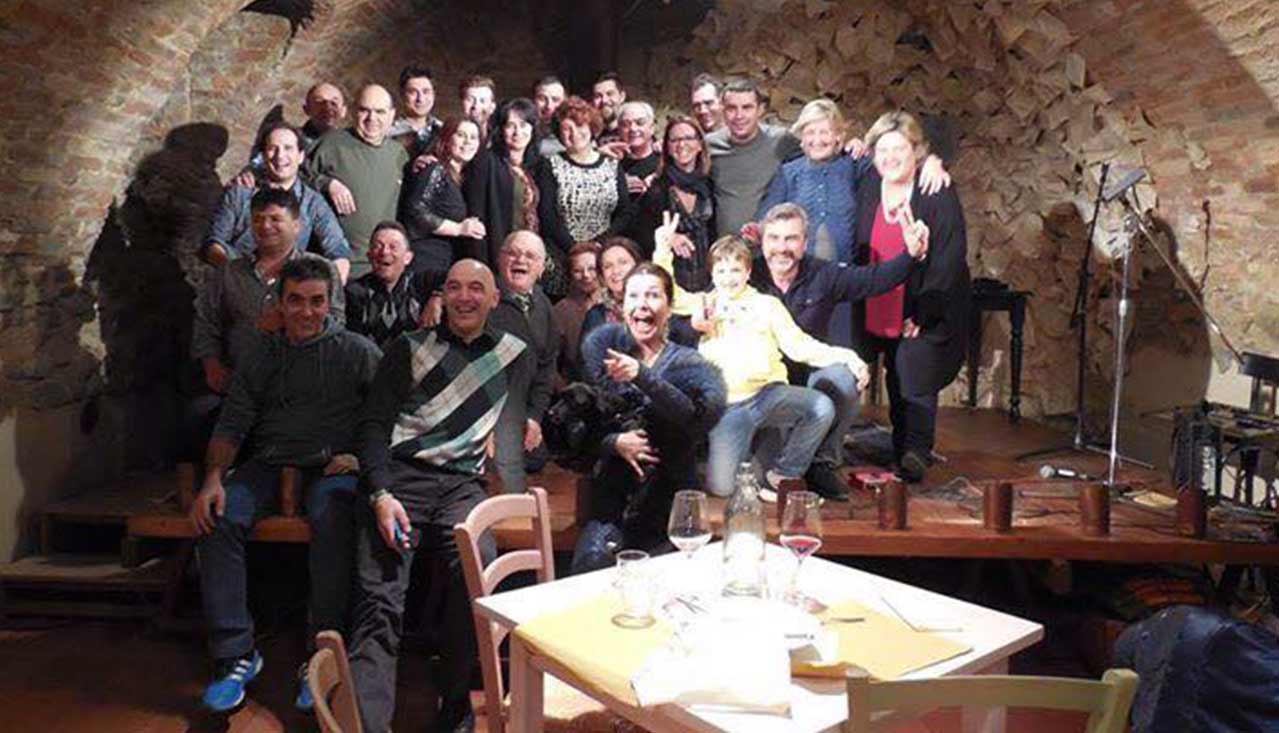 A year of meetings, travels and friends. Of ideas, celebrations, photographs and glasses raised high.

A year that got off to the perfect start, with a vertical tasting organised by the Seminario Veronelli association at the Milan Triennial to launch the thirtieth anniversary celebrations of Bricco dell’Uccellone.
The months that followed were one long party, which began, just like three decades ago, among the barriques in the cellar at Rocchetta Tanaro, and spread, toasting from glass to glass, throughout the rest of Italy and the world.
We have received the best of gifts from all over the country and from abroad: hundreds of mementoes, episodes, reflections and photographs that make up the collective story entitled “Trent’anni di Vite” (which plays on the Italian Vite meaning Vine, but also Lives, giving us Thirty years of Life with the Vine).

The party and the story accompanied us to ProWein, Vinitaly, WineIn di Sanremo, the reunion with our friends at Don Alfonso in Sant’Agata sui due Golfi, to Golosaria Milano, and to the Merano Wine Festival. On every occasion, we heard more and more anecdotes about Bricco, amongst laughter and tears.

Meanwhile, Kerin O’Keefe included our home region of Piedmont among the “Best Wine Travel Destinations 2015” and Wine Enthusiast magazine named Braida one of the cellars to visit in the Monferrato district.
In Verona we proposed the preview of a new label, of which we are very proud: Limonte Grignolino. At Expo we chose Bricco della Bigotta, Montebruna and, naturally, Bricco dell’Uccellone as our representatives. And it was the Milan Expo – visited by people from all over the world and characterised by the most amazing atmosphere and positivity – that provided the magnificent setting for the video “Passaparola – Word of Mouth”, directed by Giulia Massignan and Giacomo Bolzani, Agenzia Castiglioni Design.
Massignan and Bolzani were also behind “Montebruna, una vigna che parla”: during a splendid September harvest, we told the story of the vineyard, the grape harvest and the wine, in the simplest of ways.

We took part in Cheese in Bra, and in Slow Fish at the Porto Antico in Genoa; in the International Alba White Truffle Fair and the Douja d’Or in Asti. In September we offered a Special Limited Edition of Bricco dell’Uccellone to the winners of the Spotorno New Journalism International Award.

Our Brachetto d’Acqui accompanied the service of the dessert at the gala dinner of the Polar Music Award 2015 at the Grand Hôtel in Stockholm, and our cellar hosted the exhibitions “Il paesaggio necessario” (The Necessary Landscape) and “Posta Prioritaria” (Express Delivery) between May and June. And we didn’t miss the opportunity to welcome all Mothers and Fathers-in-Law at the Festa della Suocera (Mother-in-Law’s Day) held in Rocchetta Tanaro at the end of September.

We took hundreds of friends on a helicopter flight over our vineyards on a sunny July afternoon and then, with the Piedmontese artisans of Ciccopassione, we made 60% dark chocolate pralines filled with Grappa Invecchiata Bricco dell’Uccellone ganache, especially for them.

Our passion and our commitment have been rewarded on numerous occasions: Moscato d’Asti Vigna Senza Nome 2014 is among the Corone of Vinibuoni d’Italia 2016. Three of our wines (Moscato d’Asti  Vigna Senza Nome, Montebruna Barbera d’Asti and Bricco dell’Uccellone Barbera d’Asti) were assigned the MeranoWine Award 2015. The AIS guide, Vitae 2016, gave an award to Bricco della Bigotta and the Oscar of Guida Berebene 2016 went to Limonte; Bibenda’s Cinque Grappoli were assigned to Bricco dell’Uccellone 2013, and Bricco della Bigotta 2013 was among the Wines of Excellence of the Espresso guide, Vini d’Italia. Gambero Rosso awarded Tre Bicchieri to Bricco dell’Uccellone 2012. And last, but by no means least, Vinibuoni d’Italia, in conjunction with Verallia, presented us with an award for our commitment to protecting the environment.

Now all that’s left to wish for is a new year filled with peace and prosperity.
Braida’s 2015: a year of celebratory toasts.