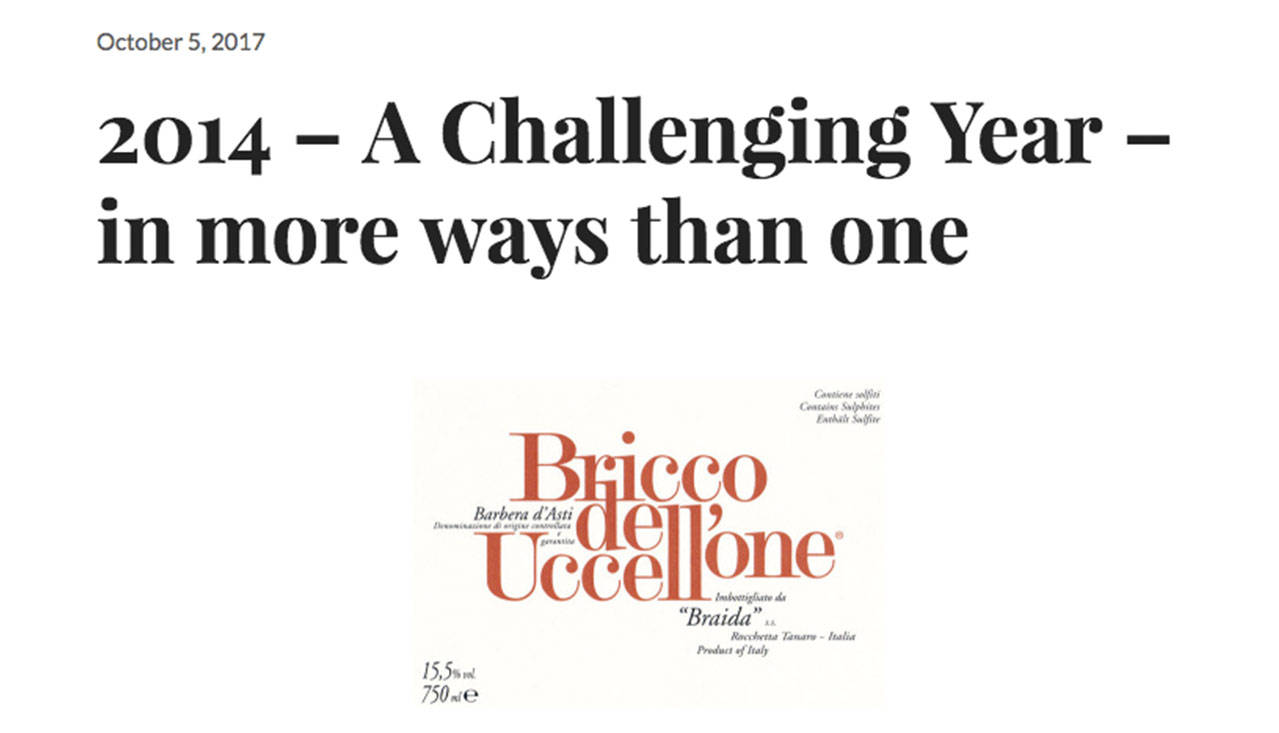 Recently, I visited Raffaella Bologna at Braida, one of the most famous producers of Barbera d’Asti. We tasted through all of her wines, and when we came to the Bricco dell’Uccellone, one of her company’s signature wines, and one of the most famous of all Barberas from Piemonte, Raffaella told me a quick story about her importer in New York. It seems that they can’t sell much of the 2014, as “no one wanted it”, thanks to less than stellar reviews. Their followup with her? Send us more of the 2015, a wine from a warmer vintage that has been rewarded with more positive reviews.

Well, I tasted both vintages side by side that day, and it was crystal clear to me why reviewers had their opinions about the two vintages. The 2015 is a powerful wine, one that is very ripe and forward. This is a style that is easy to understand, and it gets many high scores.